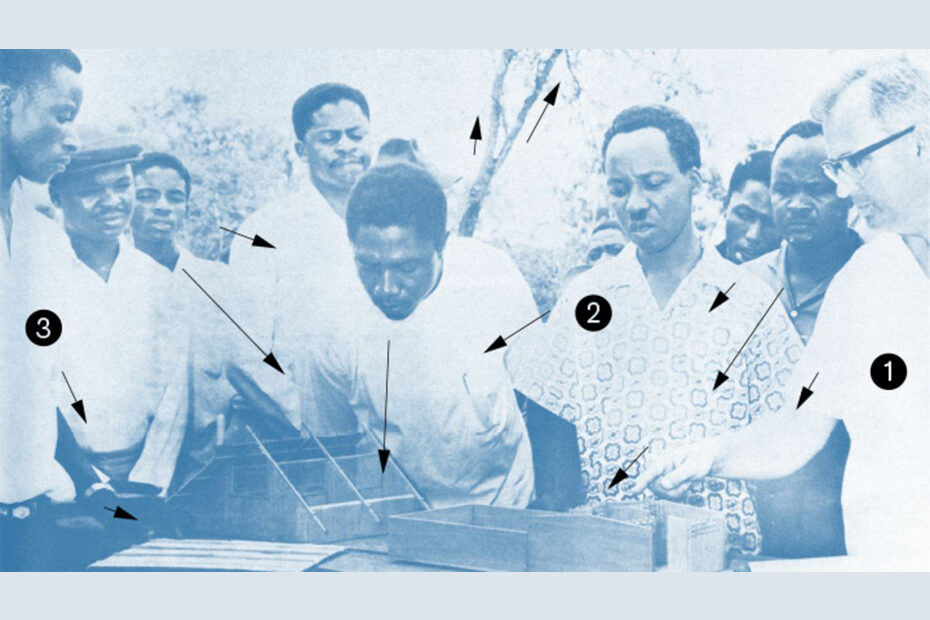 For this two-day symposium held in Stockholm on 9-10 September 2021 the KTH Stockholm invites researchers to send in their anonymized abstracts of up to 300 words and 1 optional image until 1 April 2021.

From the 1950s to the late 1980s, the politics and economies of foreign aid — instigated by both the ‘capitalist West’ as well as the ‘communist East’ — gave rise to a whole infrastructure destined to assist the progress of ‘developing countries’ on their ‘path
to development’. The various North- South exchanges that took place in the name of ‘development’ have left
a deep imprint on the geopolitical landscape of postcolonial Africa, Asia, and Latin America. Largely instituted through bilateral relations between individual states, these ‘aid’ initiativesinvolved not only financial and material resources but also various forms of knowledge and expertise; as such, the modalities of this global, foreign aid-funded infrastructure boosted the creation and reinforcement of all sorts of institutional actors to efficiently exchange knowledge — largely through training courses, educational programs and/or research projects. In the light of widespread rural migration and intensive, rapid urbanization processes, expertise on the built environment was a particularly salient form of knowledge to the aims of foreign aid. Hence, architecture, urbanism and planning were no strangers to an emerging foreign aid-funded knowledge economy — a context in which the production and circulation of knowledge were intimately tied to the political- economic value attributed to them by foreign aid diplomacy.

How did architectural knowledge figure in foreign aid-sourced international relations, and what frameworks were set in place to efficiently exchange that knowledge? For this two-day symposium, we seek scholarly work that critically analyzes, contextualizes, or theorizes the establishment and functioning of such institutional actors, training courses, educational programs, research centers, and other infrastructures for knowledge exchange that emerged under the aegis of development and targeted ‘Third World’ clients. We welcome a wide range of methodological and creative perspectives as well as
less empirical (but well-informed) theoretical approaches that interpret this phenomenon from a postcolonial or decolonizing perspective. We also encourage contributions that scrutinize the intersections of these histories with discussions of gender, race, religion and nationalism.

Image: (1) Bertil Melin, the Swedish director of the Nordic Tanganyika Project in Kibaha, showing a model of low-cost housing to (2) President Julius Nyerere, c.1963-64. To the far left, (3) Mr. Dennis, the carpenter who made the models, co-designed the housing project, and „test-lived“ in the first constructed house with his family. From Torald Åkesson, „Education – In Marble Halls or Under Trees. Low-Cost Houses in East Africa, Especially Ethiopia and Tanzania“, compiled self-published report, c. 2965, Stockholm Collection KTH Library.